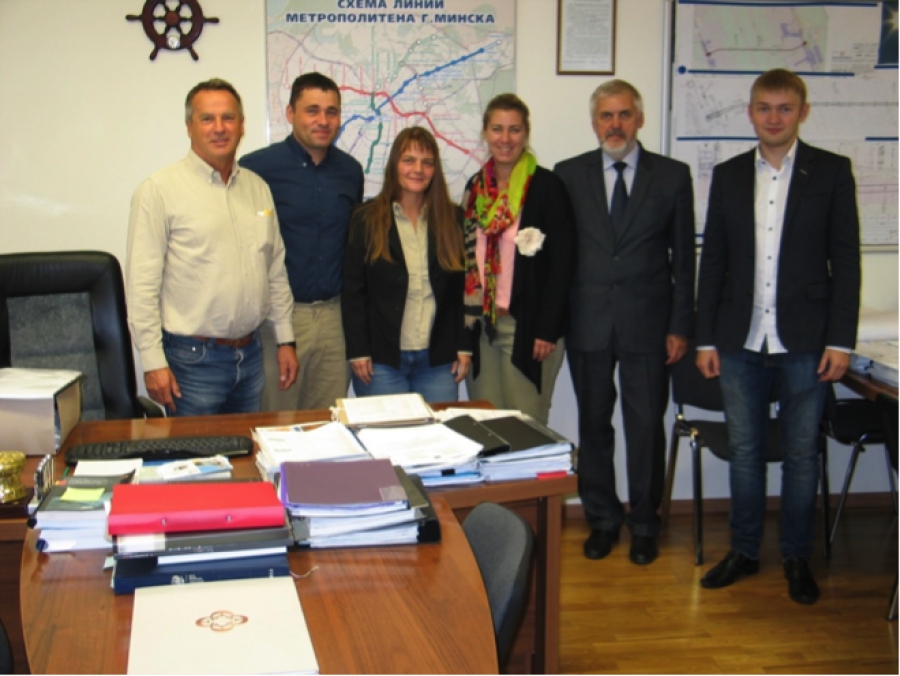 At the end of September 2015, as agreed at the General Assembly of Eastern European countries held in Athens on 28 September 2014, Tunneling Association of Belarus has organized and conducted a technical excursion in the facilities of the underground infrastructure of Minsk.

The event was held for 2 days on 23 and 24 of September 2015. Minsk was visited by the representatives from Greece, Hungary and the Czech Republic.

Initially, we invited all of the representatives of Eastern Europe countries. Unfortunately, since the technical excursion coincided with the meeting of the Executive Committee of the International Tunneling Association in Santiago, not all the invited guests were able to get to Minsk. Among those who have expressed the desire to visit the excursion, but were unable to attend were Jinxiu (Jenny) Yan and Olivier Vion.

Before lunch, the chairman of the Tunnel Association of Belarus Valery Chekanau made a presentation. In the presentation, the attention was given to the history of the designing and construction of the Minsk Metro, as well as prospects for its development. Particular attention was paid to the current design and construction technologies, and the features of space-planning solutions for subway stations.

In the afternoon there was an excursion to the Minsk metro.

First, the guests visited the control room of the Minsk metro. There they got acquainted with the principles of management of the complex underground transportation system. Also, the guests learned about the technologies that are used for the safe and trouble-free operation of the entire Underground system.

Then, the visit to electrodepot Mogilevskoe was organized. There the guests familiarized themselves with the process of servicing and maintenance of metro cars. They also have enjoyed the opportunity to try themselves as drivers on a special simulator that accurately imitates the driving of the trains on the lines of Minsk subway.

After visiting electrodepot there was an excursion to the Museum of History of Minsk Metro, and then guest explored the stations. Each station has its own history, characteristics and unique design solutions that cannot be seen at a glance, and which were discussed that day.

The visitors became better acquainted with the traditional life in Belarusian historical and cultural complex Dudutki.  In the afternoon, we visited the Museum of the Great Patriotic War. In the evening, the guests learned more about the rich history of Minsk during visiting local attractions.

Thanks to all of you for your attention to our event! We regret that many of the invited representatives could not attend. Therefore, we invite all national representatives of the International Tunneling Association to visit our country and see for themselves that Minsk is a beautiful and hospitable city, and that our work as designers of underground constructions is worthy of attention. Come and see for yourselves! This is the place where you will find an interesting area for cooperation.