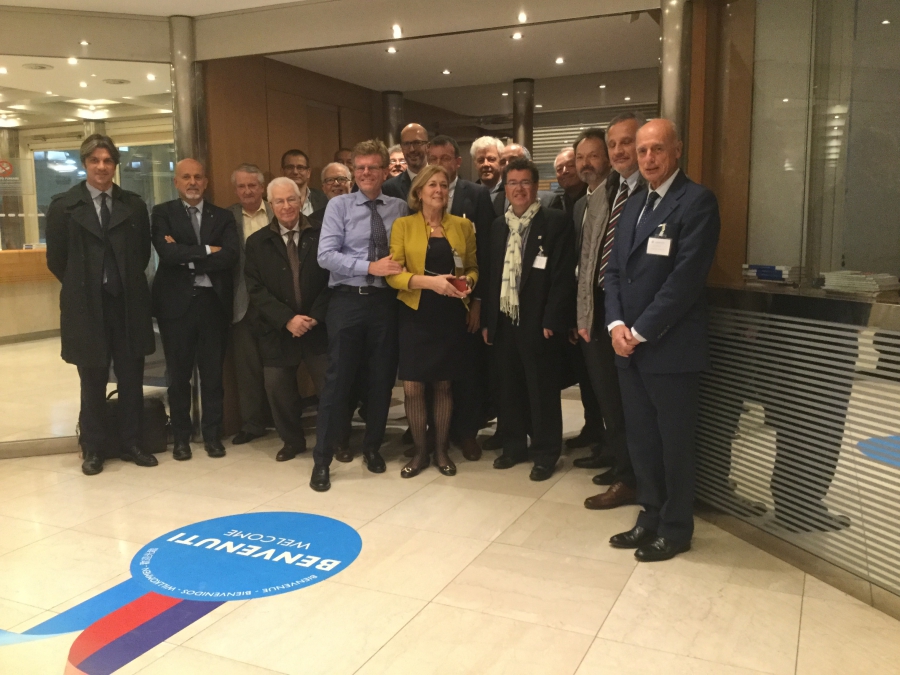 At the occasion of the SIG Conference in Bologna, the ITA Member Nations from Belgium, Spain, France, Italy, Portugal and Switzerland (BEFIPS) met for their traditional annual meeting.

This is the opportunity to share among neigboring countries both the activities organized by the different Member nations and the news on the on going or planned tunnelling activities.

Of course, with the start of Grand Paris, France showed a growing market for the coming years.The activity of AFTES is also at a very high level with more than 20 Working Groups active.   In Italy many projects are on going and among them large ones for the High Speed Lines. In Belgium, it can be noticed that the Schumann-Josaphat tunnel in Brussels has just been opened after many years of design and works. In Portugal the construction and renovation of HPP is still going on. In Spain, tunnelling works are still going on for the railways but the Spanish companies are now mainly working abroad both in Europe and in South America. Finally in Switzerland the year 2016 will be the one of the opening of the Gothard tunnel, the longest railway tunnel in the world. With the experience of the long tunnels (Lötschberg, Gothard, Ceneri....) the Swiss Tunnelling Society has released a booklet on their experience on management and valuation of excavated material.