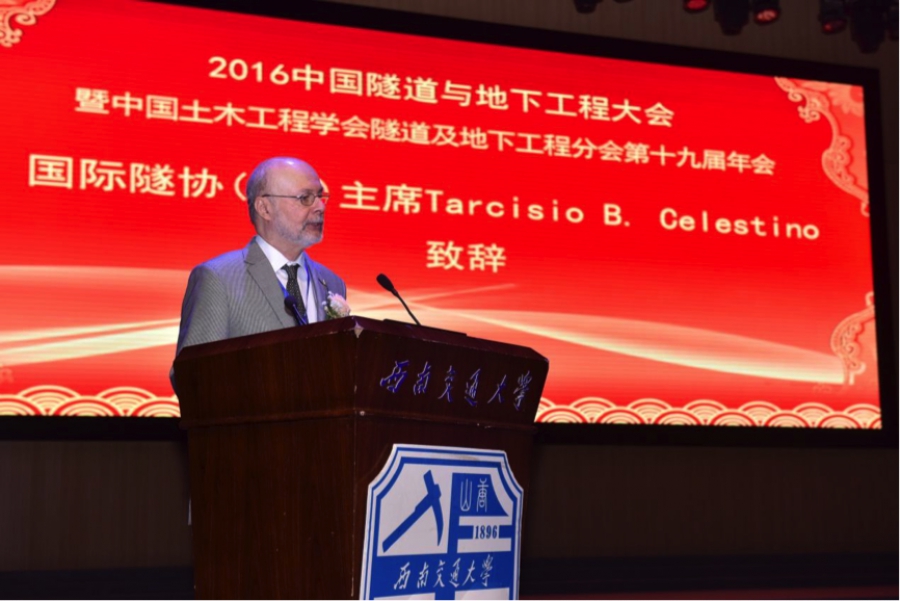 China Tunnel and Underground Works Congress 2016: A Genuine Success for the Development of Tunnelling

More than 1,200 attendees gathered to face the challenges in modern tunnelling

From October 24th to 26th at Southwest Jiaotong University (SWJTU) in Chengdu, the Tunnel and Underground Works Branch of CCES (CCES-TUWB) held China Tunnel and Underground Works Congress 2016, along with its 19th Annual Conference. Choosing “Challenges in Modern Tunnelling” as its theme, this successful international event recorded 1,261 attendees from well-known institutions and enterprises in the industry, with more than 250 participating in the training lecture before the congress. 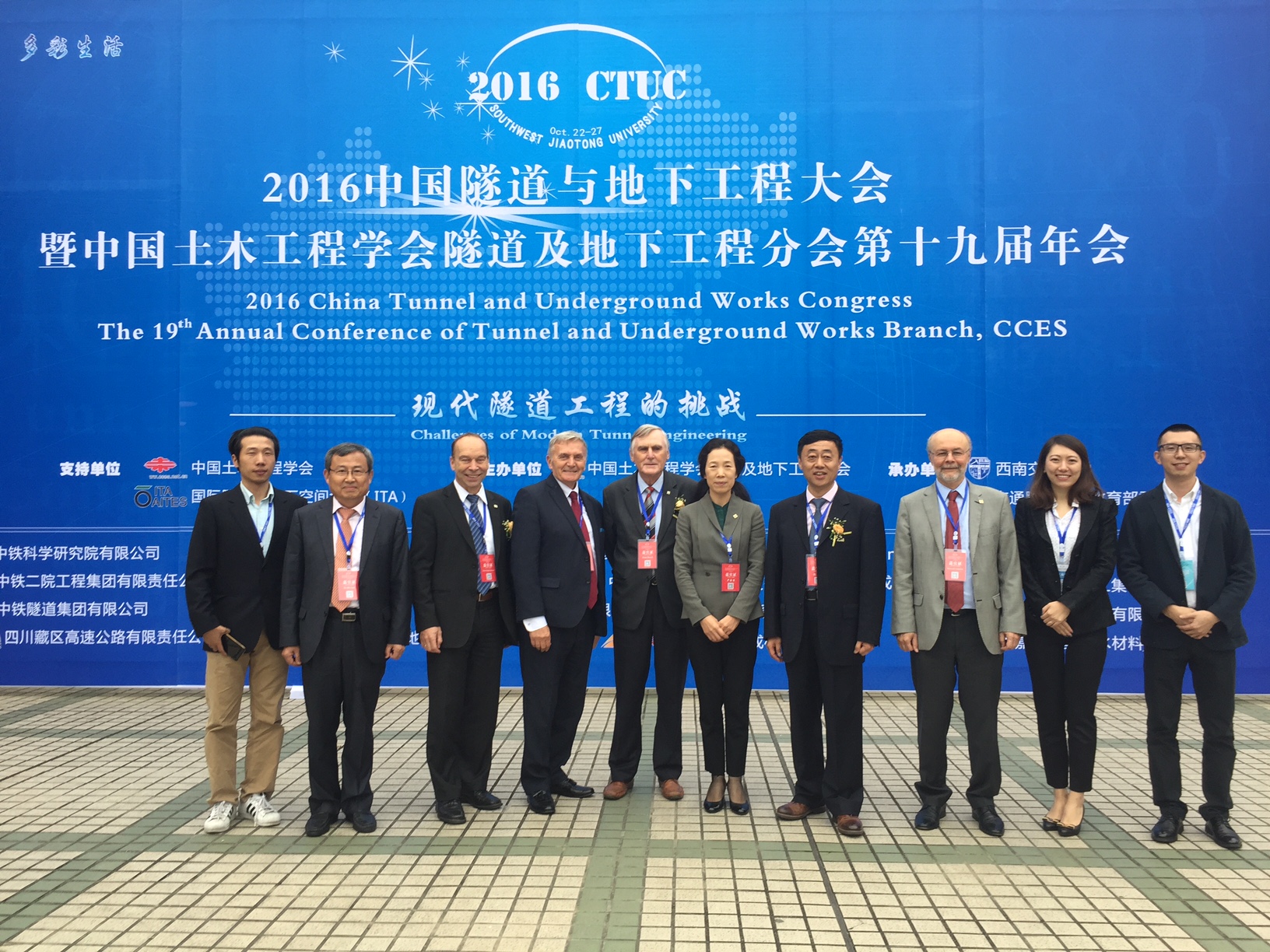 In the speech of CCES’s president Guo Yunchong, he held that tunnel and underground works is not only an important branch of national infrastructures but also a key discipline in civil engineering, playing an indispensable role in fostering economic and social development and promoting living standards of people. According to the statistics, more than 28,600km tunnels have been built recently in such areas as railroads, highways, hydro-electric infrastructures and city metros, with an increase of 3000-odd km per year. Thanks to that, China has become a “real power in tunnelling” in terms of amount, scale and development speed.

As for the tunneling techniques, a technological system has been established for high-speed railroad tunnels, continuous improvement has been made in techniques for long tunnels built in mountainous areas with complex geological conditions, a great breakthrough has been achieved in techniques for large cross-section tunnels in soft ground, urban large-span shallow tunnels and sub-river tunnels, and great progress has been gained in the R&D and manufacturing of tunnel boring machines, thus displaying that a new high level has been reached in tunneling techniques in China.