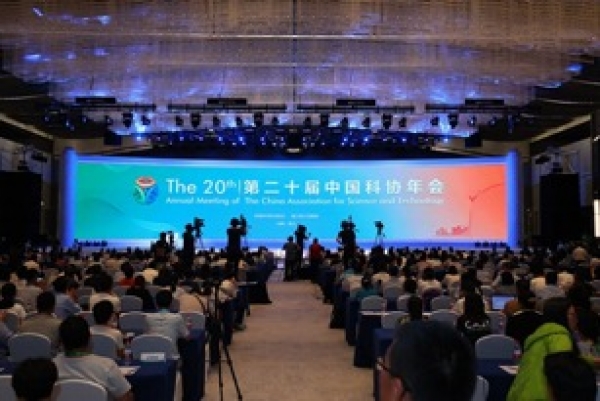 The year 2018 marks the 40th anniversary of reform and opening-up in China and the 60th anniversary of the establishment of CAST (China Association for Science and Technology). In this year, the 20th Annual Conference of CAST was held May 26-27 in Hangzhou, China. Hosted by CAST and the People’s Government of Zhejiang Province, the annual meeting chose as its theme “Reform and Innovation”, and attracted more than 2,500 attendees, including such experts as academicians from Chinese Academy of Sciences and Chinese Academy of Engineering, as well as scientists and engineers working in the fields of scientific research, production and education.

The 20th Annual Conference of CAST

After the opening ceremony, Wang Zhigang (party secretary and minister of the Ministry of Science and Technology), Zhou Ji (president and academician of the Chinese Academy of Engineering), Shi Yigong (vice chairman of CAST, president of Westlake University and academician from Chinese Academy of Sciences) and Ma Yun (board chairman of Alibaba Group) were invited to deliver the following keynote speeches respectively: “Scientific & Technological Innovation and National Core Competitiveness”, “Towards a New Generation Intelligent Manufacturing”, “From Practice in Tsinghua University to Exploration in Westlake University”, and “Believe in it-So I Can See it”.

As one of the 10 parallel sessions of this annual meeting, “Seminar on Technical Challenges of Extra Long Tunnel Projects” was the one and only session for civil engineering industry. Organized by China Civil Engineering Society (CCES), the attendees at this session consisted of 5 academicians from Chinese Academy of Engineering and more than 110 experts and professionals including 9 foreign experts from Germany, France, Brazil, Austria, Australia, Japan and Argentina.

ITA president Tarcisio B. Celestino was the international chairman, and Hong Kairong (secretary general of TUWB-CCES and chief engineer of China Railway Tunnel Group) was the domestic chairman of this session. 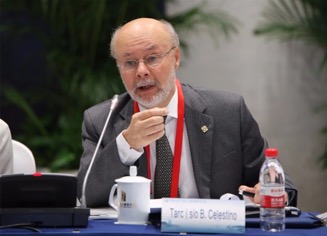 There were 16 renowned domestic and foreign experts that gave specific presentations at this session, dealing with the construction techniques and challenges regarding extra-long mountainous deep tunnel projects.

This session also held an open discussion on technical challenges of extra-long tunnel projects, which was co-chaired by Tarcisio B. Celestino (ITA president,) and Jinxiu (Jenny) Yan (ITA vice president). After discussions, ten key technical issues were released related to the construction and operation of extra-long tunnels in the future, covering such aspects as tunnel investigation, construction, specific conditions, equipment, innovative materials, intelligent operation and disaster prevention and evacuation.

For ITA, it is much relevant that problems related to extra-long tunnels were the only topic in civil engineering included as a parallel session. This is the result of the emphasis that China has given to tunneling for its development, and the work of ITA Vice-President Jinxiu (Jenny) Yan.