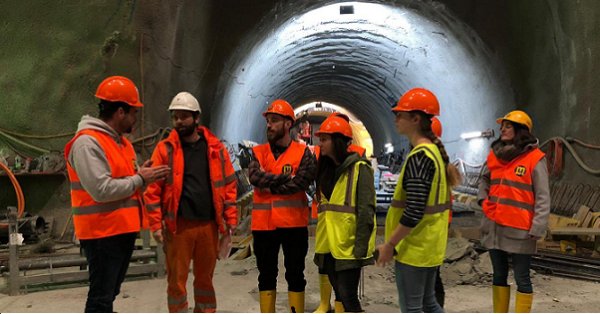 After participating in the workshop organised by ITACUS at the ITA headquarters on 14 February, the Executive Council visited the construction site of the new Hi-Lumi project at CERN. High-Luminosity LHC (HL-LHC or HiLumi LHC) is a project aiming to upgrade the LHC after 2026  in order to maintain scientific progress and exploit the LHC’s full capacity.

The LHC accelerator is installed in a 27 km circumference tunnel, about 100 m underground. The civil infrastructure for the LHC re-used the tunnel originally built between
1984 and 1989 for the Large Electron Positron collider (LEP).

The upgrade of CERN’s LHC accelerator into the High-Luminosity LHC configuration requires some significant additions to CERN’s existing underground infrastructure in the Geneva basin. Two new shafts that link to two new caverns and approximately 1 km of new galleries are being constructed at two CERN sites in Switzerland and neighbouring France. The works started in April 2018 and run until mid 2022. The civil works are concentrated at Point 1 (ATLAS) in Meyrin, Switzerland and Point 5 (CMS) in Cessy, France with mainly the following new underground structures :

- A shaft with an internal diameter of approximately 10 m and a depth of approximately 60 m provides the connection between the shaft head building at the surface and the underground cavern. A lift in the shaft will provide day-to-day personnel and equipment access, incorporated into leak tight pressurised concrete modules, which also
contain an emergency staircase;
- The underground cavern measures approximately 16 m wide, 14 m high and 47 m long. It will house the cryogenic equipment and services, spread over the ground floor and a steel mezzanine;
- Power converter gallery: The main underground gallery measures approximately 6 m wide and 300 m long. It will mainly house power converters and the current feed boxes of the superconducting magnets of the accelerator; 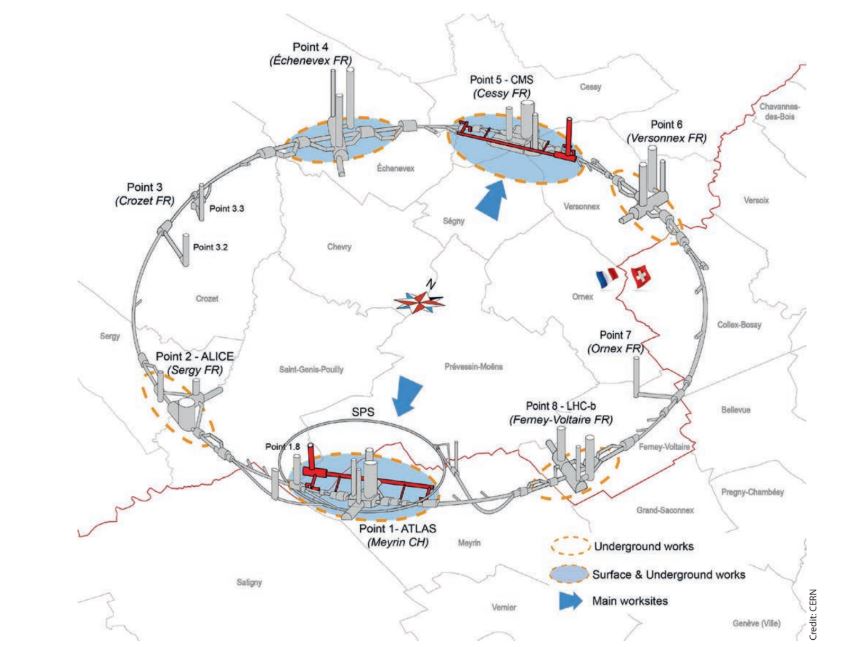 On Friday 21st of February the  same visit was organized for the ITA Young members - almost 40 young tunnellers from 6 different nations. Beside the visit of this interesting and challenging construction site, the YMG also had the possibility to visit CERN itself and learn more about contemporary physics, the Higgs Boson and the origins of the Universe… Dinner and networking drinks completed the interesting day! The event was organized by the Swiss and French young members and supported by ITAym, STS, AFTES, Marti Group and Setec. 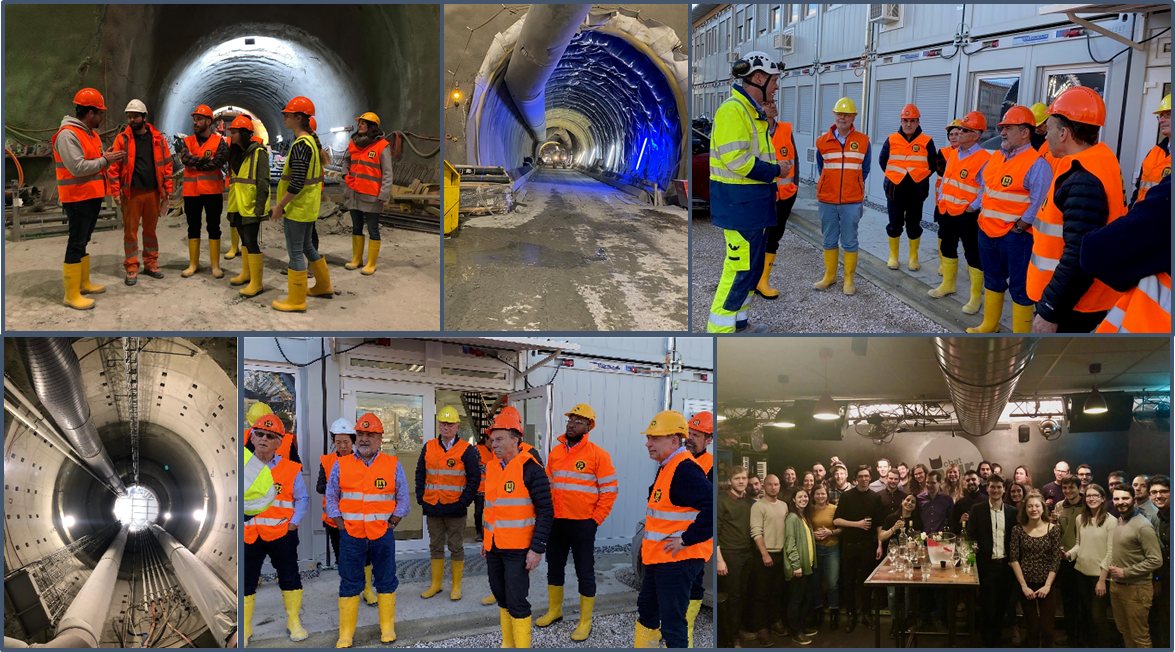