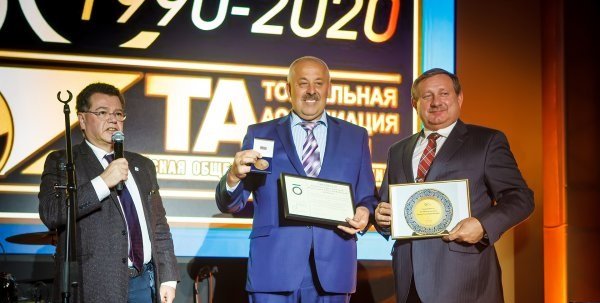 On February 28th, the Russian Tunnelling Association celebrated its 30th Anniversary. Since the beginning the RTA has been very active in the country organising workshops and colloquia. Several members of RTA served as ITA Executive Council Members.

The President of the Russian Tunnelling Association, Mr Matveev emphasized the collboration of RTA with ITA and encouraged all members of RTA to take part as much as possible in ITA activities, notably in Working Groups.

On behalf of ITA, Olivier VION, Executive Director, congratulated the RTA, his President Mr Matveev and his Vice President, in charge of Intrenational Affairs, past ExCo member, Mr Mikhail Belenkiy and officially presented them with the ITA medal.