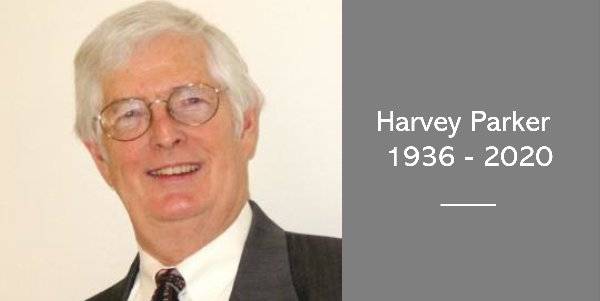 In Memoriam of Dr Harvey Parker

Dr Harvey Parker, 83,  has passed away May 5 surrounded by loving family. All the ITA is profondly saddened and lost a friend, colleague, co-worker and mentor.

With over 55 years of experience in the tunneling industry in the US and around the world, Dr. Parker has made significant contributions to signature tunnelling projects through leadership and expertise. He has been involved with many iconic projects.

He was Chairman of several organizations including the US National Committee on Tunneling Technology, The Underground Technology Research Council and the Underground Shotcrete Subcommittee for the American Concrete Institute Committee. He served as president of the International Tunneling Association & Underground Space Association (ITA) from 2004-2007. In 2019, he was awarded the Lifetime Achievement Award from the ITA.

Through the ITA, he worked with the United Nations to promote the recognition of underground space for environmental and social sustainability into the future, an effort resulted in a change of ITA name during his Presidency to include Underground Space and as part of the mission of the Association. Moreover, he took on the role as father to the international industry, encouraging more countries to join the Association and for them to explore the role of the underground in their development and vital provision of water supply, wastewater management, urban and national transportation and energy production.

We will remember him fondly. Rest in peace Harvey Parker!