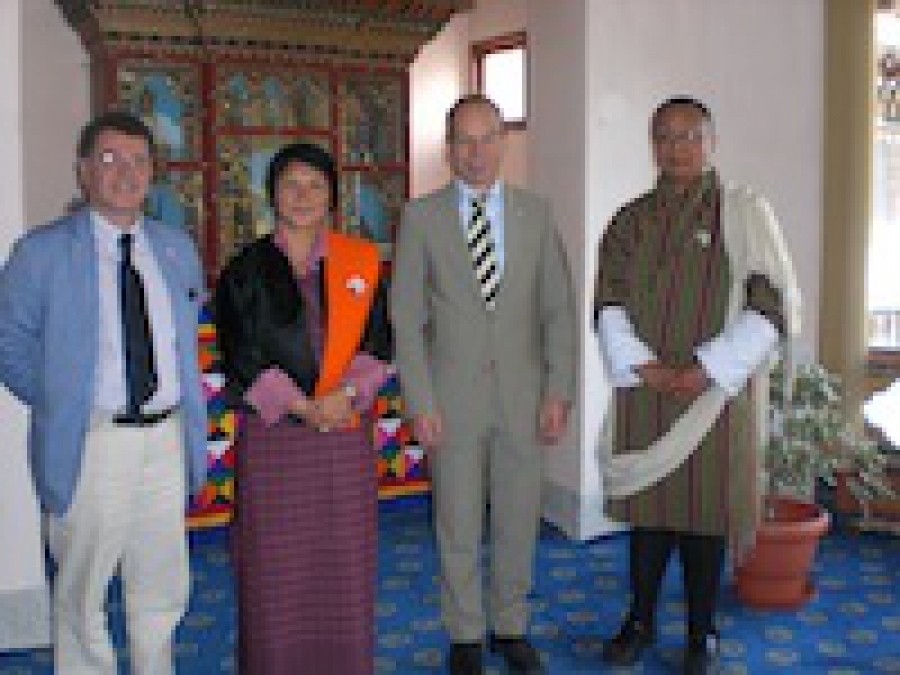 Bhutan is among the 3 new countries that joined ITA during the General Assembly in Geneva. Bhutan is a small country situated in the Himalaya between two huge neighbours: China in the North and India in the South. Bhutan covers a surface of 30 000 km2 at altitudes ranging from 100 to 7 500 m, with steeps mountains, 60% of the country is covered by forests. The population is of 750.000 inhabitants

During the visit, Soren Eskesen and Olivier Vion had the opportunity to meet Bhutanese officials and notably Mrs Choden, Minister of Works and Human Settlement. She empahsize the fact that in the future, for the development of the country more tunnels will be needed on the roads but also for the development of the cities. In order to anticipate these future works as well as the present ones for hydro power, training sessions are in course of preparation by ITA-CET