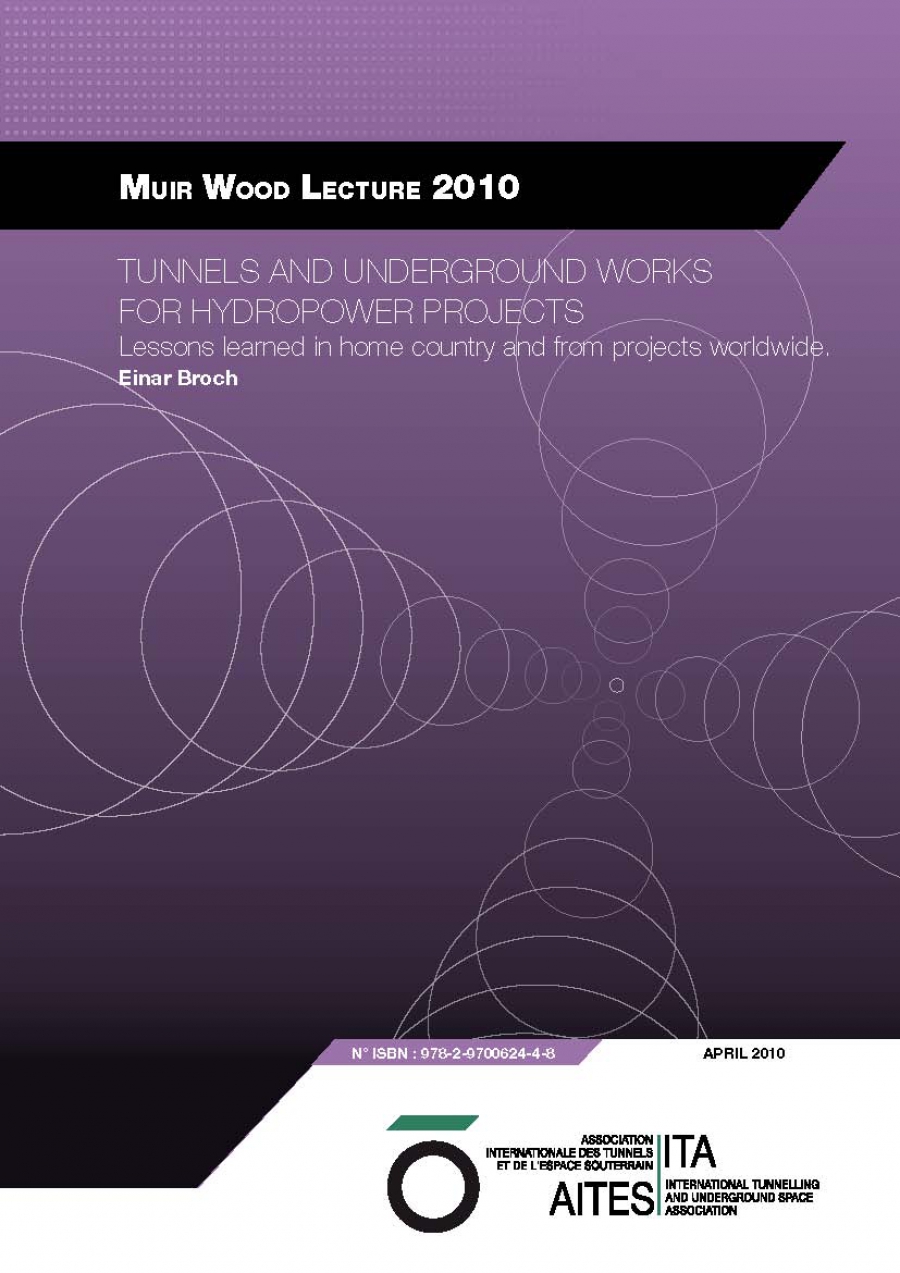 Since ITA was established 36 years ago there has, on a worldwide

scale, been considerable development in tunnelling technology and an

increase in the use of the underground for various purposes. This has

had an important influence not least on the hydropower industry. All

possible, and longer and longer tunnels are being excavated to convey

more and more the water to the turbines.

is in the order 4000 km. The paper describes the design of the cost

behind the unlined air cushion replacing the surge chamber is described

and the potential for applying this technology for underground gas

storage is shown. The use of heavy rock anchors for roof stabilization

in underground powerhouses is discussed based on theoretical studies

and real cases. Selected examples of stability problems in tunnels

caused by slaking basalts, friable sandstones and swelling shales are

The concluding remarks demonstrate that with a good understanding

of rock masses and their behaviour, there are considerable advantages

projects. Structures should be made safe enough for their purpose, but

overly conservative support should be avoided as this adds unnecessary

costs to the projects.