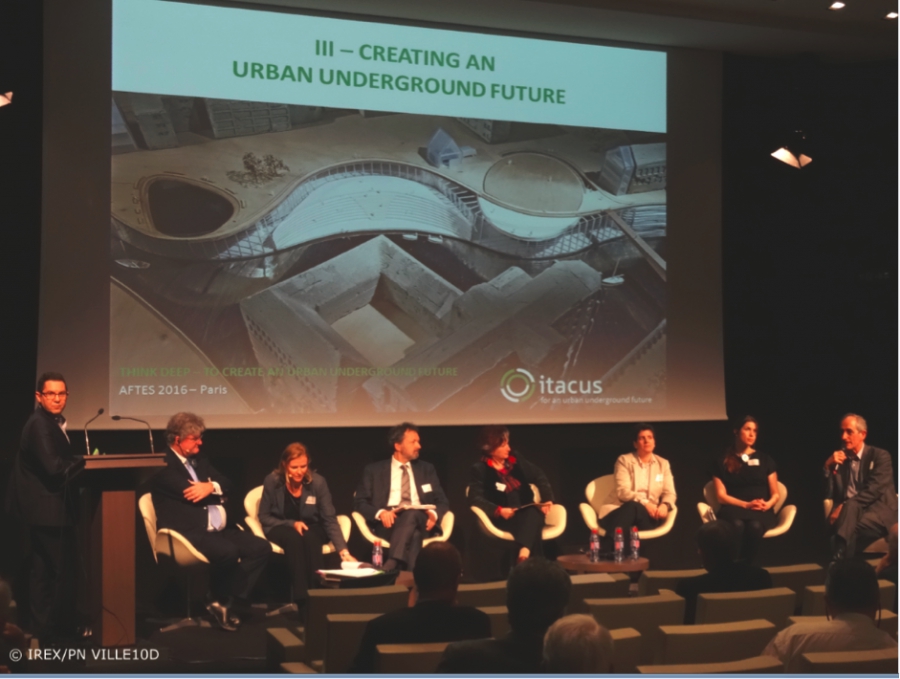 ·       Presentation at The Geological Society of London on ‘Planning and legal aspects of underground space use’, April 2015.

·       Hosting of an Itacus Open Session called “Think deep” with contributions from amongst others Elizabeth Reynolds, Urben, London during WTC 2015 in Dubrovnik, Croatia. more

·       Participation in meeting of the UNISDR Urban Planning Advisory Group during the ICLEI Resilient Cities Conference in Bonn, Germany, June 2015

·       Participation in the Hidden Depth workshop organised at the Urban Innovation Centre in London, September 2015

·       Participation in ISOCARP Congress in Rotterdam, the Netherlands and gave  short presentation at the ISOCARP General Assembly on the joint ISOCARP-ITACUS publication ‘Think Deep’, October 2015 http://isocarp.org/our-partners/memoranda-of-understanding/13393-2/

·       Participation in press lunch organised by ITA in Paris, France, in November 2015 in the lead up to the climate conference COP21. The ITACUS chair and vice chair explained to reporters how ITA is committed to climate change through the advancement of underground space use. The press lunch was well attended and resulted in numerous press articles, November 2015

·       Participation in several preparatory meetings in January-March 2016, for the ‘Day of the Underground’ during the International Architecture Biennale Rotterdam to be held in June 2016 in which ITACUS will also participate.