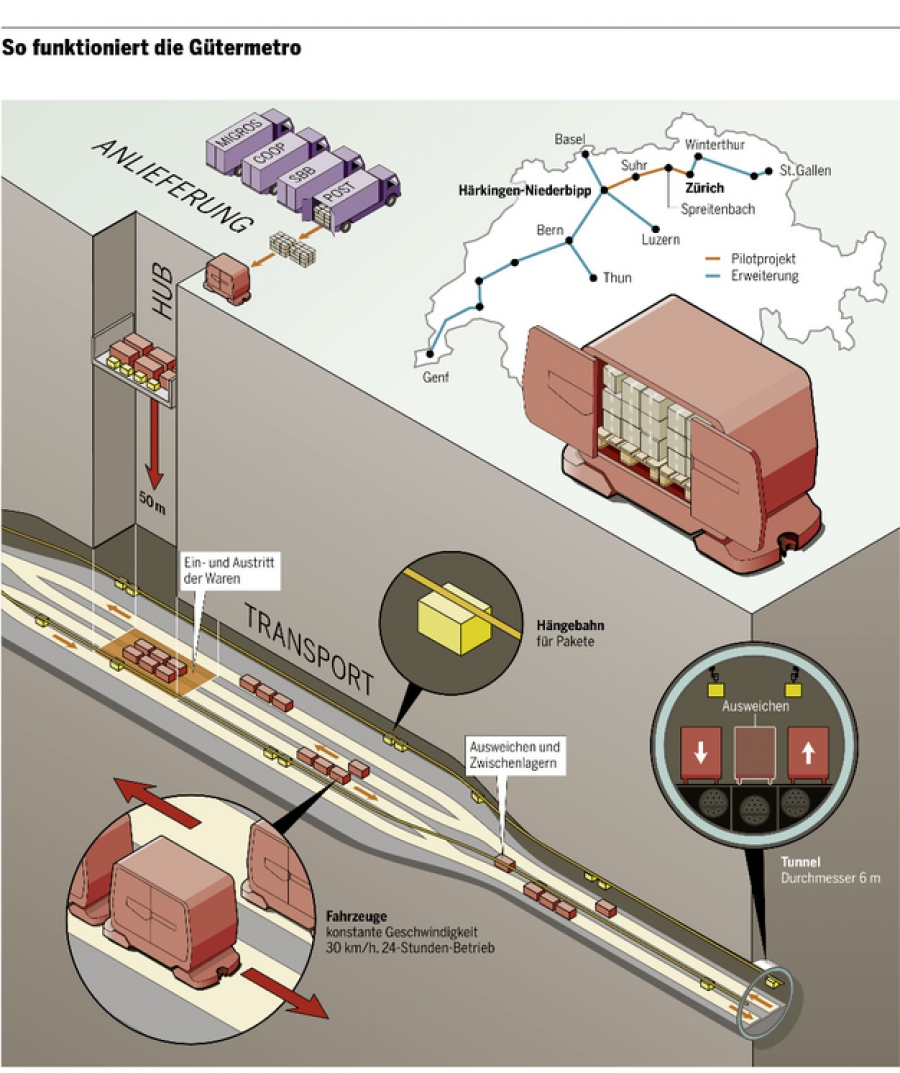 An exciting development that was all over the press recently is the go ahead for the next phase of an underground logistics freight movement system in the Northern part of Switzerland. The system was deemed viable, both technically and economically and will serve the agglomeration of Zurich and Basel. It will be fully privately financed, and will provide automated transport of goods between the major distribution centers in the Zurich area. Further connectors are planned for the future (see figure below).

The 70-kilometre tube to haul goods from Härkingen-Niederbipp to Zurich using automated electrically powered vehicles travelling at 30 km/h. The aim is to have the 3.5-billion-franc tunnel, 50 m under the ground and linking a dozen “hubs”, operating by 2030, the group said in a news release. The decision to go ahead follows a feasibility study conducted in 2014-15, with support from the federal office of transport.

Cargo Sous Terrain (CST) said that estimates show that the volume of goods transported by road in Switzerland will rise in 2030 by 45% from levels in 2010. The transport system will not be able to handle such an increase without bottlenecks in the road and rail system. The underground cargo tunnels are planned as part of a transport logistics system while reducing the need for storage space, as well as helping the environment by cutting carbon dioxide emissions