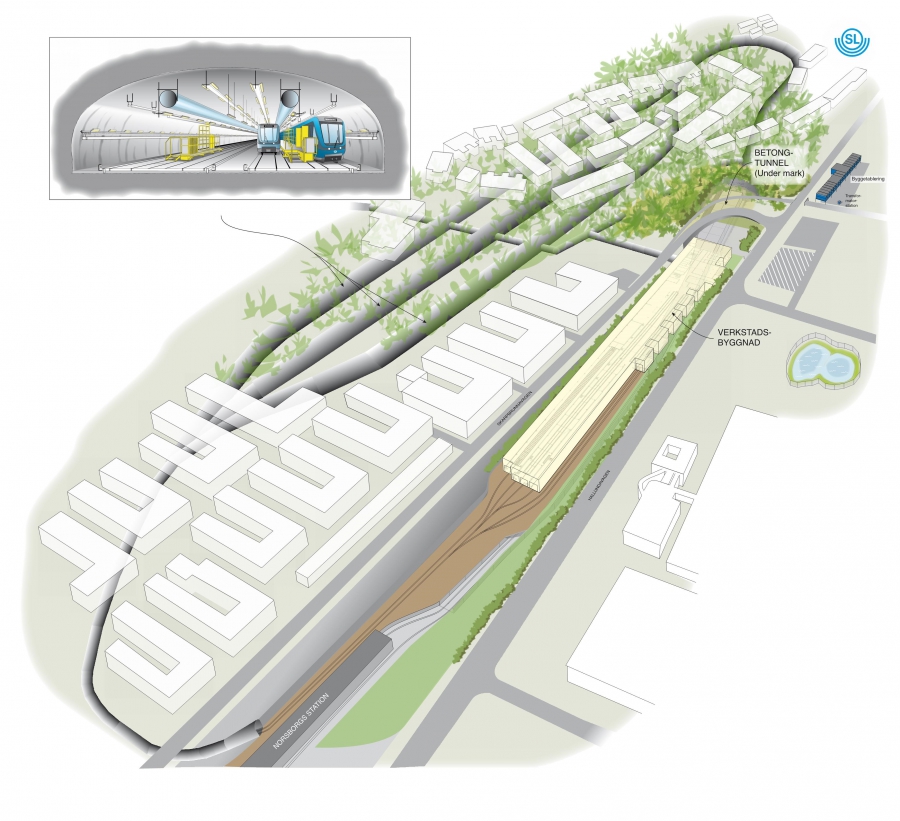 When investigating potential locations for the depot, the developer Stockholm Traffic Administration (SL) prioritized building the depot in close proximity to the metro network to minimize transportation time to and from the facility. Lack of accessible urban area in the city of Stockholm further limited the available options, which led to the decision to place the Norsborg metro depot underground. This way the depot could be placed in direct connection to the metro system. Underground storage also entailed a more isolated facility, with few access ways and no need for railway yards with the risk of intrusion and vandalism.

The Norsborg metro depot will be the largest and most modern underground metro depot in northern Europe and is built in hard rock in an urban area with small impact on the environment and local residents. This modern urban underground facility will in 2017 serve as depot for 17 new metro trains in the greater Stockholm area.

Placing important infrastructure below ground has many advantages and one relates to energy conservation. The insulation provided by the surrounding rock means an underground structure typically uses 50-80 percent less energy for heating and cooling compared to a surface building.

The project won the category ‘Outstanding Project´ at the ITA tunnelling awards at Hagerbach in November 2015.