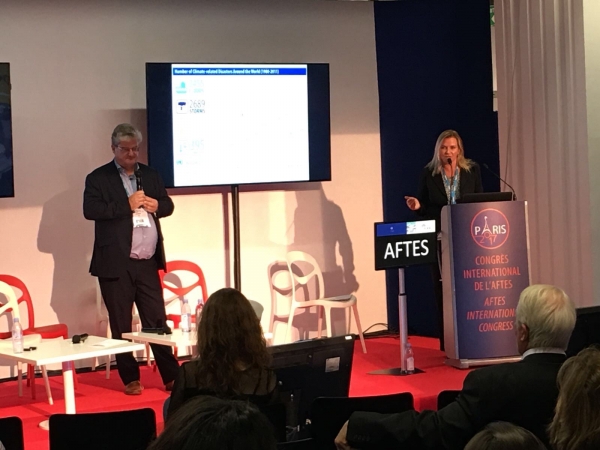 ITACUS was active with a keynote presentation, participation in the ITA Tunnelling awards jury, at the Young Members event and held its Steering Board meeting with Per Tengborg, Petr Salak, Han Admiraal and Antonia Cornaro, at the AFTES congress in Paris in November 2017. ITACUS Advisory Board member Tony Ho was one of the recipients of the ITA Award for Innovative Underground Space Use. The award was given for the development of the Hong Kong Cavern Master Plan. The plan looks at the future use of human-made caverns in Hong Kong for space use. The document is the driving force behind project being undertaken in Hong Kong or being studied for future development.

After the AFTES congress, on Thursday 16 November, the Day of the Underground was held at the Cité de la Architecture. It was an impressive event where many plans for Paris were unfolded. The day was concluded with a presentation by French architect Dominique Perrault. He unfolded his visions for groundscaping and illustrated this with his Women's University project in Seoul. He also gave an impressive insight into his latest project in that city, the Lightwalk transit hub, situated in the Gangnam district. Han Admiraal was interviewed by Le Monde and the resulting publication can be found here.