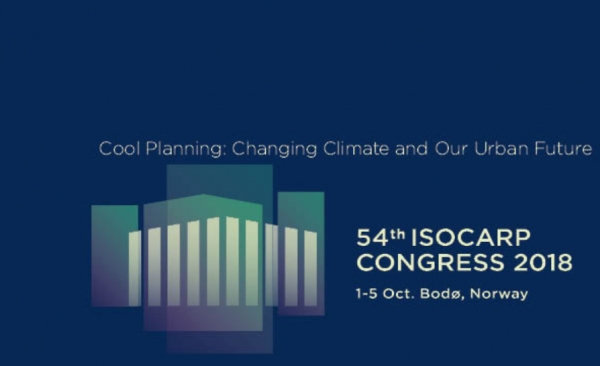 ITACUS attended the ISOCARP Congress on “Cool Planning”, which took place in Bodø, Norway from 1-5 October 2018. At the Congress, Han Admiraal and Antonia Cornaro moderated a workshop on re-purposing former civil defence underground shelters, together with Liz Reynolds from Urben. They also held a presentation on the relationship between Underground Space Use and Urban Resilience. Within ISOCARP, the International Society of City and Regional Planners, the interest in urban underground space has grown. The coming months a proposal will be made to set up a working group on Underground Urbanism.

During the congress, Han and Antonia received the prestigious Gerd Albers Award for best book for “Underground spaces unveiled: Planning and creating the cities of the future.” As they both stated during their acceptance speech, receiving this award was a great privilege and honour and it proved the aim to write a book for urban planners and related disciplines was successful.

It was an outstanding congress and the keynote speeches by Peter Newman, Herbert Girardet and Jeremy Rifkin were very inspiring for all attending.