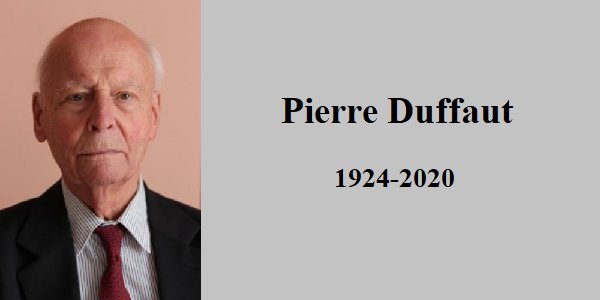 The year we lost three of our pioneering greats

Harvey was a staunch supporter and advocate of underground space and ITACUS as we wrote at the time on our LinkedIn pages.

News reached us today that Pierre Duffaut passed away on 11 September. Pierre was like John and Harvey, a pioneer of underground space. He frequently visited ACUUS congresses and was active within the French association AFTES of which he was an honorary president. After retiring he kept spreading the word as a true believer in that use of underground space could help the world with facing up to the challenges. In 2014 he was awarded with a Life Time Achievement award by ITA-AITES.

Pierre will be missed by our community for the inspiration he gave and his sheer enthusiasm for others who also believed in what for him had become a real passion.

2020 will be remembered as a year in which we lost three pioneers of underground space. It is to their work we owe the movement we are part of and which we will continue to move forward in their memories.