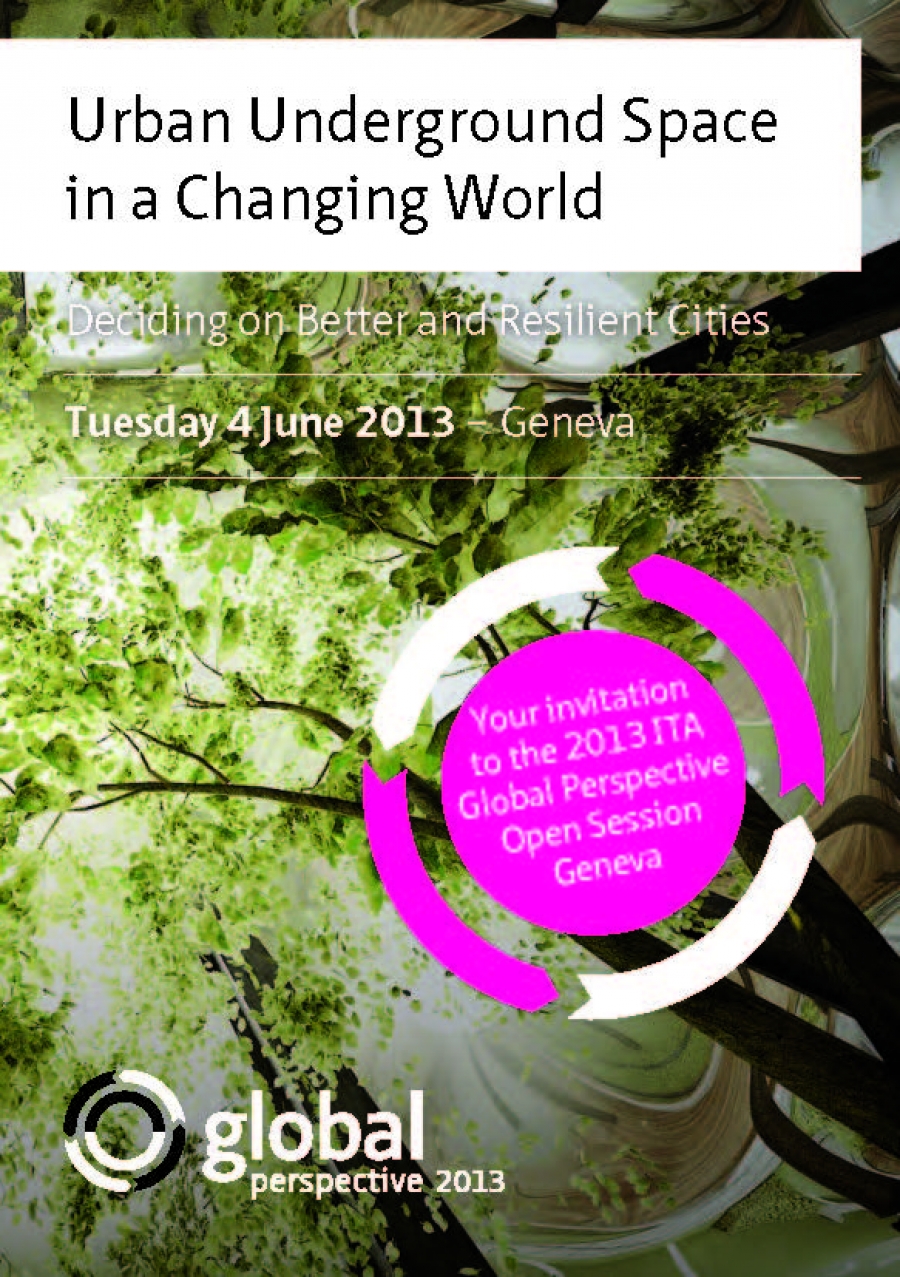 ITACUS produced three ITA Open Session at consecutive World Tunnelling and Underground Space congresses in Helsinki (2011), Bangkok (2012) and Geneva (2013). The main topic discussed was the question how urban underground space contributes to a changing world. Planning, Delivering and Deciding on better cities were the major discussion points with our global partners UNISDR and UN-Habitat, ISOCARP, IFME and ICLEI.

For each Open Session a brochure was produced with background information. The latest version can be downloaded and includes the programme of the final Open Session in Geneva and the report on the Open Sessions in Helsinki and Bangkok.

The video ‘Why not’ produced by ITACUS for the opening of the final Open Session can be viewed below.

The Open Session concluded with the presentation of the ITACUS produced video ‘Imagine – Why cities should know about underground space’. ITACUS Chairman Han Admiraal and ITACUS Secretary General Antonia Cornaro officially handed over the video to the UN Special Representative for Disaster Risk Reduction Margareta Wahlström.