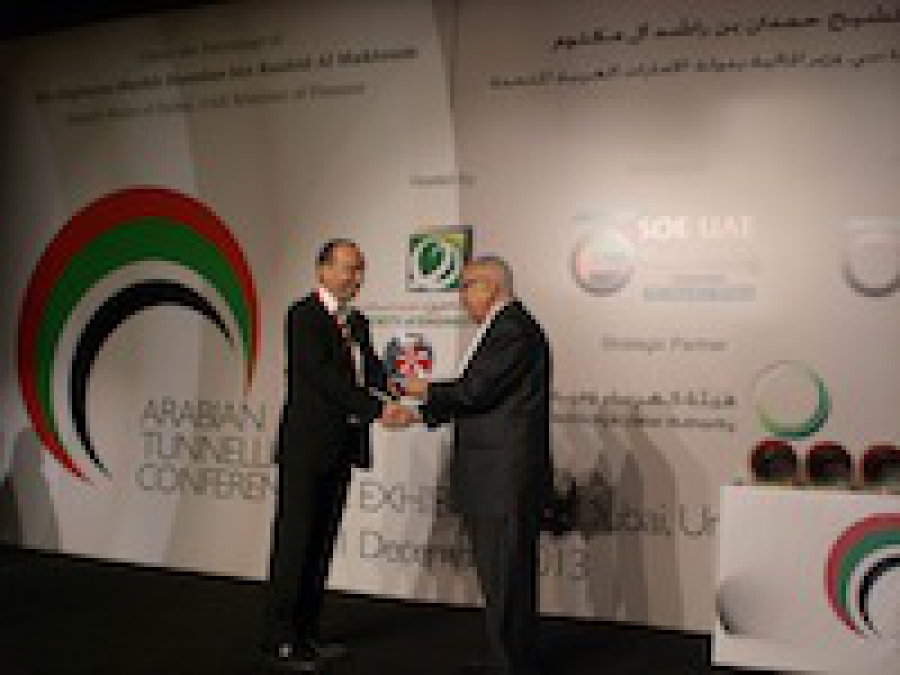 The Arabian Tunnelling Conference has also been the occasion to hand over to Mohamed AbdelSalam the lifetime achievement award.

Let me say some words to present Mr Abdel Salam to those who do not know him.

If I had to present him in a word, I will say that Mr Abdel Salam is the father of the tunnels in Egypt.

He brought Egypt inside ITA in 1984, first under the Cairo metro, then the National Authority of Tunnels and now under the Egyptian Tunnelling Society. It is a very active ITA member Nation with more than 350 members, which organized the WTC in 1994 in Cairo as well as many conferences and symposium in 1991, 1992, 1999 and 2006.

You will find attach a paper on the Cairo metro prepared by Mr Abdel Salam.