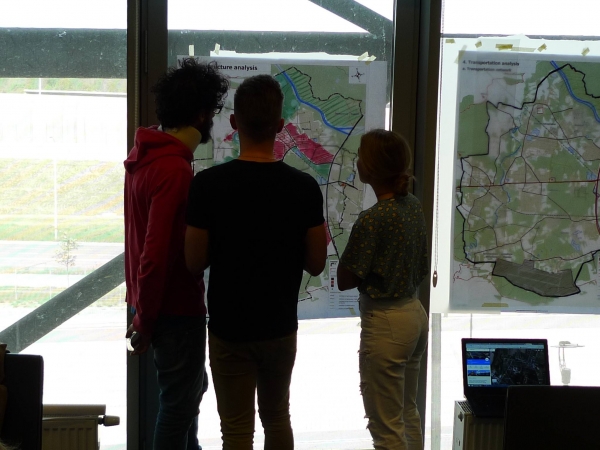 ITACUS Young Professionals' report on their workshop in Wroclaw, Poland

On a scorching hot week in the middle of May, the Wrocław Municipal Stadium played host to a team of professional and academic urban designers, architects and engineers. At the invitation of the Mayor of Wrocław and the city’s council, the team worked to develop a masterplan for the ‘West End’ district of the city.

The West End district is a 40 ha. area, that is home to the Euro 2012 stadium, an international airport, an architectural demonstrator Nowe Żerniki, the historic town of Leśnica and a host of state-of-art laboratories. Residential developments from various areas are scattered around the area, interspersed by undeveloped land and outstanding natural beauty. The area is framed to the North by the infamous River Odra, the East by the city center and bisected by a major highway.

Representatives of ITACUS from the Belarus, Brazil, Netherlands, Spain and the UK were on hand to advise on the use of underground space and how to integrate it at the planning stage. Solutions to tackle Wrocław’s key challenges of air quality and flood resilience were presented:

The workshop was an example of what can be achieved when planners, architects, and engineers are integrated at an early stage and how urban environments could be better managed through the spaces beneath them.

The Young Planning Professionals / Young Professional’s Think Deep Program Workshop was organized by ISOCARP and ITACUS, with thanks to the Mayor of Wrocław and the Wrocław University of Science and Technology for facilitating the event. If you would like to know more, visit https://isocarp.org/young-planning-professionals-programme/ or https://about.ita-aites.org/wg-committees/itacus.