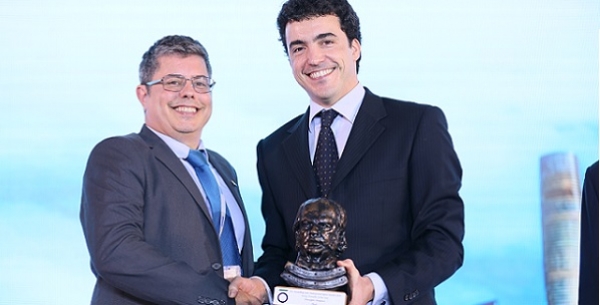 Giuseppe M. Gaspari was born on November 14, 1983. Giuseppe holds a Degree in Civil Engineering, a Master in Geotechnics and a second level Master in Tunneling & TBMs.
He is currently Deputy Project Manager for the West Vaughan Sewage Servicing Project, a 14-km tunnel with 9 shafts in the Greater Toronto Area (Canada), and the Design Project Manager for the Suffolk Outfall in NY (USA).
Giuseppe started his career in the Geodata Engineering center of excellence (Turin, Italy) applying numerical modelling to design massive structures underground for multi-billion projects such as the SEM sections of Istanbul Metro Line Kadikoy-Kartal in Turkey and TBM tunneled Turin Metro in Italy. In Istanbul, he supported the design of approximately 26 km of tunnels and stations in a massive urbanized context.
The main achievement of his team was the detail design of the following elements: NATM/SEM caverns (up to 33m width, 18m height) for switches and stations underground platforms, cross-passages and underground tunnels’ intersections, with 3-dimensional numerical methods.