The 1st EETC Conference, which was aimed to share our experiences and exchange our knowledge of design, construction management, research results and technical developments of tunnels completed by the regional associations and experts. The Conference was a success. Professional colleagues were present from 29 countries.

The progress of the whole project reached the 80% by the end of 2012. The remaining works as follows (the more important ones, only):

So, expectedly in the year 2014 (at spring time) will put into operation the Line 4.

After several years of research (of exploration), design and construction work the facility achieved an important milestone. In 2012 December was ready all licenses by the competent authority and so could put into service one of two underground storage chambers (container-tunnels), even, the first waste packages have been delivered and installed into the first chamber. The second one is ready, as well, and it’s waiting for the authority’s licens.

In 2013 the other elements of the project will be designed, submitted, and the preparation of the works will be scheduled in order to the other two additional storage tunnel construction could be completed by 2014.

The ready Buda-side Metro-Line: Station entrance at the surface and the Station under it (Tétényi út), and trains in the tunnel: 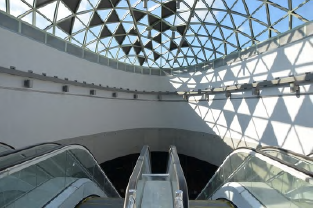 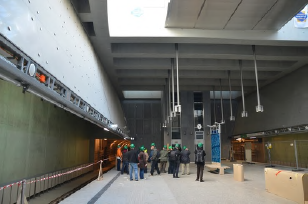 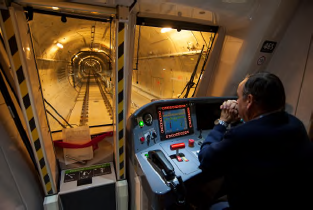 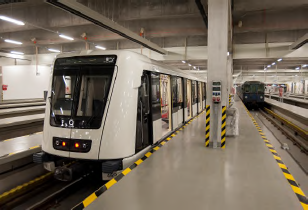